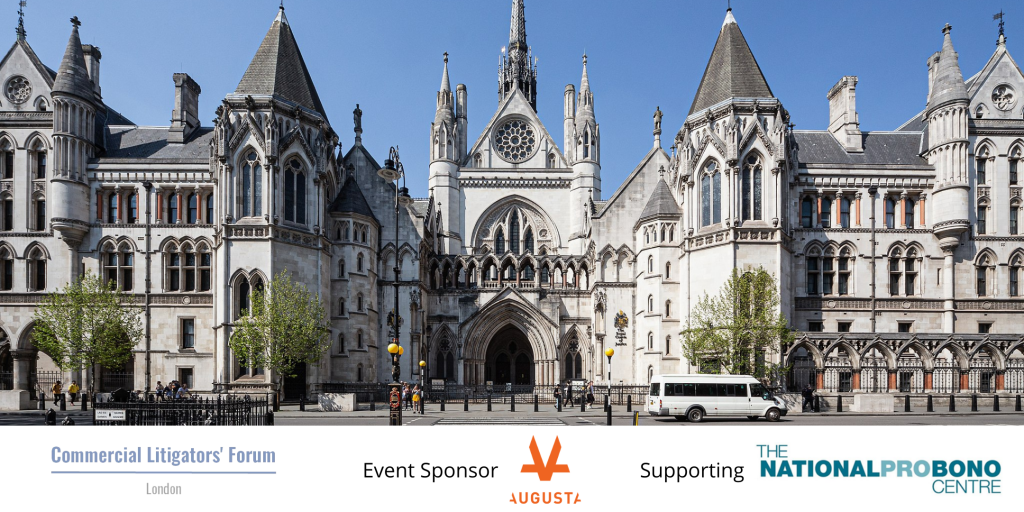 The CLF Summer Reception was held on Wednesday 22nd June at the Royal Courts of Justice, supported by Augusta Ventures. The event celebrated a new research project being undertaken by the National Pro Bono Centre, funded by sponsorship raised through the CLF Litigation Directory.

Robert Hanna, Co-founder of Augusta Ventures commented that “Augusta is pleased to see the important work being done to coordinate and resource pro bono efforts of the legal profession” and added that, “Augusta is a long-term partner to the efforts of the whole CLF committee to ensure NPBC funding continues and grows. Augusta being a sponsor and speaker at this prestigious event is an honour.”

The reception featured brief remarks from:

All key CLF law firms attended along with arbitrators, members of the Bar, Commercial Court Judiciary and representatives from the pro bono sector.

Watch a recording created by Augusta from the event at the following link.

Firms and chambers supporting the CLF NPBC initiative by purchasing a premium set of tickets to the RCJ reception included: