On 20 June 2013, the inaugural meeting of the Commercial Litigators’ Forum (CLF) in Moscow was held at White & Case offices. The event attracted attendance form Russia’s leading litigation practices and from London based law firms. Those launching the CLF in Moscow hope that it will be a forum for promoting further interaction amongst leading Russian practitioners as well as amongst lawyers from London and New York.

The panel of the inaugural meeting included esteemed guests of honour from London: Sir Bernard Rix QC, a recently retired Lord Justice of Appeal, and Peter Leaver QC, a former Chairman of the Board of the LCIA. The meeting was attended by lawyers from leading international and Russian law firms. 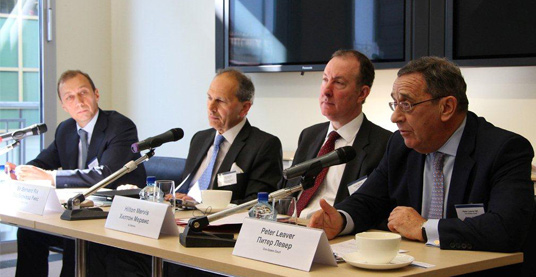