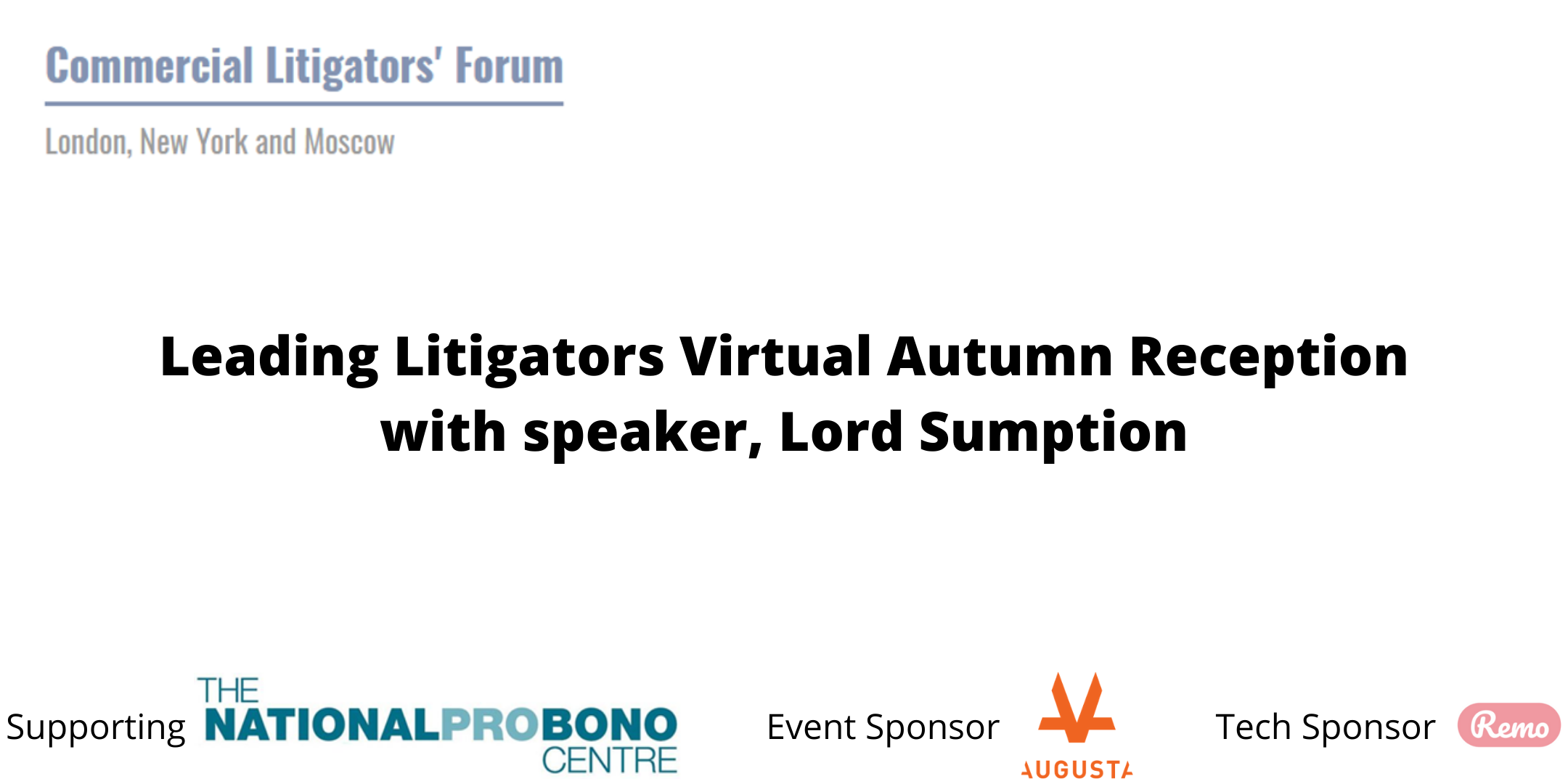 The Commercial Litigators’ Forum hosted the Leading Litigators Virtual Autumn Reception with speaker, Lord Sumption on 30th September supported by Augusta (Event Sponsor) and Remo (Tech Sponsor). The event and CLF endeavours are supported by the GC100 and by COMBAR.

Leading litigators from commercial disputes practices (including commercial arbitrators) attended as part of a ground-breaking project which has at its heart the CLF Litigation Directory (for use by in-house lawyers and leading commercial litigation firms in London when deciding who to instruct).

Watch the video of the event below: